In-depth instructions on how to install your products.

Can't find what you need? Reach out to us! 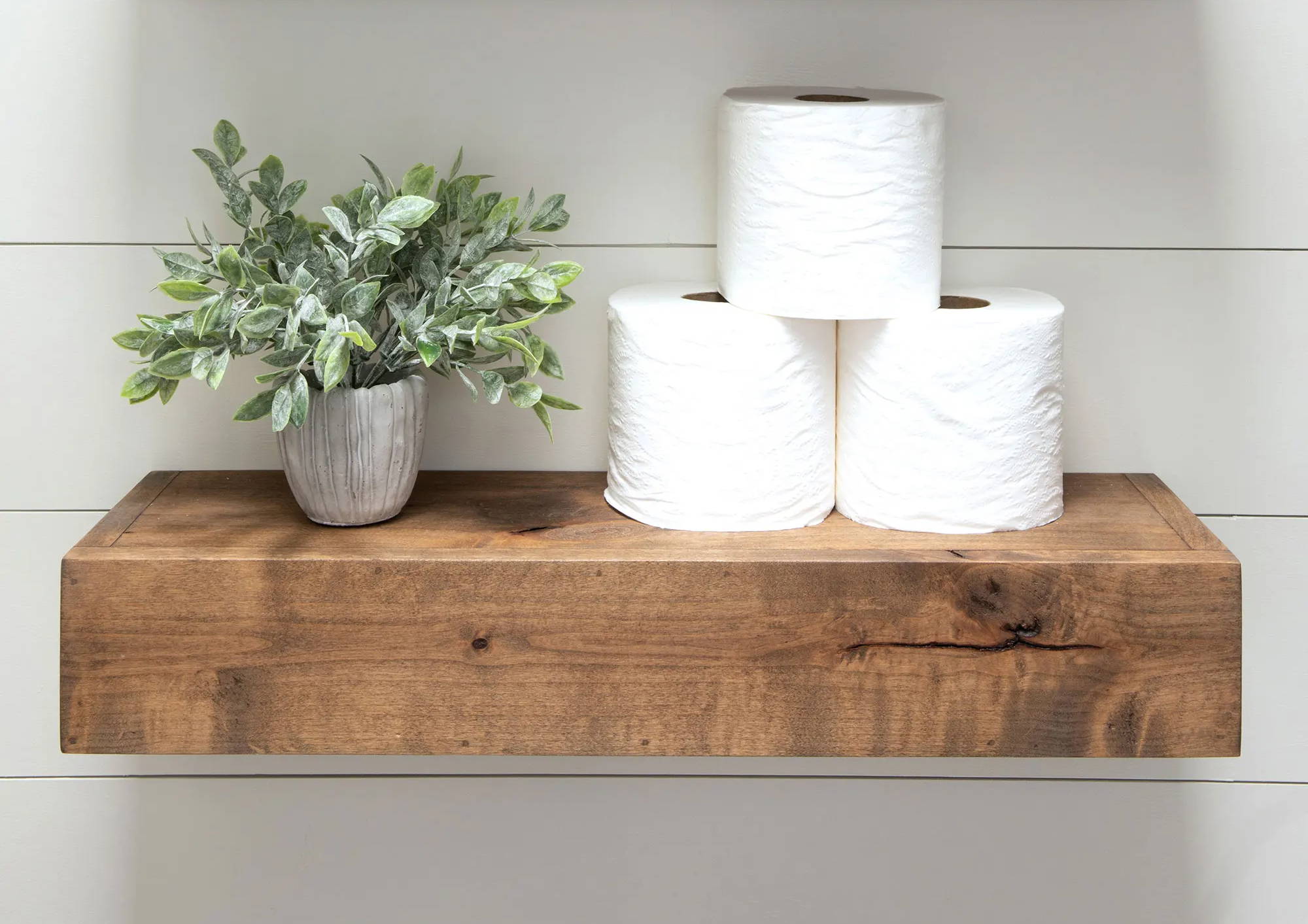 Instructions for the following products:

and two we wanted it to sit all the way against the wall so that you get that illusion which is why people like floating shelves; that illusion that the shelf is just kind of protruding out from behind the wall

left to right, just give it in the general area that you want because this brace is shorter than the opening in the box so you have a couple inches wiggle room

as far as the height goes, just keep in mind that that box is going to come up another three-quarter inch because of the thickness of the wood taller than the brace

and then the most important thing is just make sure it's perfectly level. So put your level on here make sure it is exactly right once you have it right where you want it,

now if you're going into a surface other than drywall, it's going to be a little different. Rather than trying to penetrate the surface you're just going to go through the wood and just kind of scratch that surface whether it's brick or tile just enough to where you can see where anchors are going to need to go later

Alright so now that you've got your hole marked, you're actually going to take these drywall anchors and insert them right where those holes were

just use a Phillips drill bit to screw it into the wall, it should go right in

sometimes you have to widen that hole a little bit to help it. If you're going into brick or tile or some other harder surface, you'll need a special drill bit and special anchors

so once the anchor is in the wall both anchors, you'll then just line up the holes with the hole on that anchor and drill or screw this screw directly into the anchors and you're done

it should be a pretty snug fit 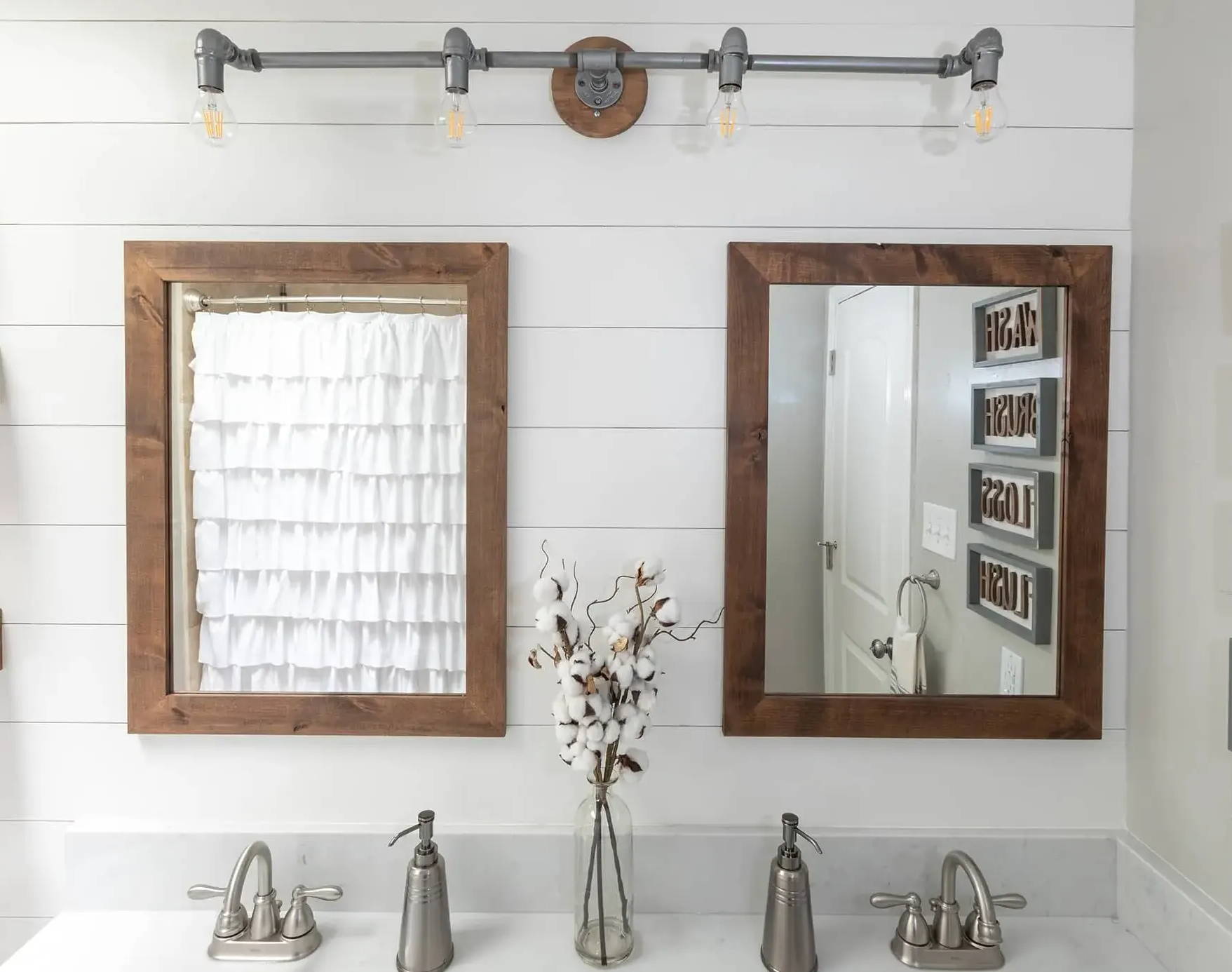 Instructions for the following products:

For this product's 3D interactive instructions download the free BILT app from the App Store or Google Play.

showing how many people,

and how many steps the project entails.

Users begin with the end in mind and review what tools are required and what parts are included.

The instructions proceed step by step with voice and text guidance.

BILT offers play/pause control so users can work at their own pace.

The animated 3D images show how each part fits together in the assembly or installation.

This video is merely a preview of the first few steps of the BILT instructions, meant as an interactivity demonstration only.

Within the BILT app users can interact with the 3D images on a touch screen to control the angle, perspective, and size of the animation.

A woman using BILT on an iPad drags her finger across the screen, rotating the image. Pinch to zoom: she enlarges the image and taps on a part for details.

For 3D interactive instructions download BILT on a mobile device.